I went to hear a shark expert yesterday talk about sharks in the SF Bay Area. His opening remarks were music to my (kitesurfing) ears: the risk of dying from a shark attack are minuscule. More people die every year from accidents involving toaster ovens, furniture or lightning than from sharks. Yet, as reassuring as this statement sounds, it is a profoundly flawed. I asked the boys about it and they immediately saw the problem: what is the denominator? What matters is not the absolute number of people who experience shark attacks, but the percentage of those who swim in areas with sharks that have incidents. Someone at the event asked this specific question and the expert said he had no statistics. But it is safe to say that more people in the world have furniture and toaster ovens than those who swim in "sharky" waters (we obviously don't want to include in the denominator the swimmers of Lake Michigan).

The expert acknowledged this point later in his presentation when he said he wouldn't go surfing at Wadell Creek in the fall. Oooppss. That is one of my favorite kitesurfing spots! The risk remains VERY low, but probably orders of magnitude higher than that of a soda machine falling on top of me or a lighting strike. A few interesting tidbits:

- There has never been an incident inside SF Bay. While great whites occasionally wander into the bay, they don't stay long. An incident inside the bay is beyond unlikely. Other species of sharks live in the Bay, but none are dangerous.
- Great whites take a single bite of their prey then wait for the prey to die before eating it. This means that if you get out of the water after the initial attack and get medical assistance you are likely to survive (only 10% of shark incidents result in a fatality). To get out of the water you need help, so don't swim/surf/snorkel alone in sharky waters.
- Most attacks involve someone on the surface that looks like a seal. The shark is looking up from the bottom and only sees a silhouette.
- Great whites migrate all the way from California to Hawaii every year. While there have been attacks in every month of the year, the most dangerous months in Northern California are August and September - and the least dangerous are March to May.
- Areas with lots of seals and sea lions are the most dangerous (Wadell Creek is right next to the Año Nuevo seal reserve). 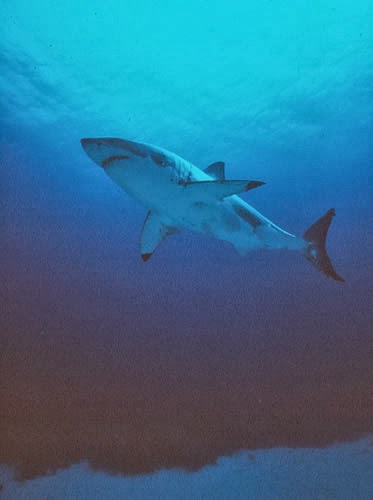 really enjoyed this post. we had great days at 2 trees in Sept, maybe we will rethink that this year.