Ale recently entered a contest in his high school to design the cover for their 2013 student handbook. When they announced that his entry was one of the three finalists he was upset about the title they had given to his piece. He had not titled his entry and they needed each piece to have a title so that the students could vote for their favorite. So the organizers just made up a title.

There is an important lesson in this incident: if you care about something don't leave it to chance (or to others). You care about the titles of your pieces? Then give them one. You organizing a meeting and want it to end at a certain time? Specify it. Don't let the meeting end whenever others decide it should. You care about your nickname? Give yourself one you like - or others might give you one you don't.

A related premise has to do with negotiations: once something is established it takes effort to change it. So if you are negotiating and something is important to you, try to establish it the way you want it before others establish it some other way. You might still need to discuss it and change it, but you will be in a better position and might get something else in exchange for agreeing to change it. 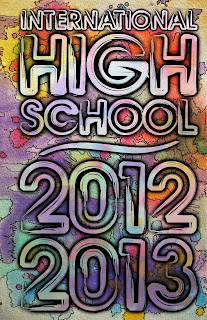